by admin
in Reviews
0

Everyone loves smartphones. Well maybe not, but that would seem a fair conclusion to the latest stats from analysts Gartner which claim one in five of all handsets sold now officially isn’t dumb. In real terms this clocks up as a whopping 326m smartphones in Q3 alone, traditionally the quiet period before the Christmas rush. Consequently world + dog + dog’s collar is trying to make smartphones ever more appealing, particularly to those on a budget. The Nokia C3 and HTC Wildfire are great examples of this, but they’re about to receive a major kick in the pants…


More importantly however it eschews the Wildfire’s perfectly respectable 3.2in 240 x 320 pixel touchscreen for a whopping 3.5in AMOLED with a massive 800 x 480 pixels. In fact the only area it seems to lose out on is the camera: 3.2 megapixels with autofocus and no flash to a five megapixeler with both autofocus and flash. Most remarkable of all though is price. The £229.99 Wildfire is wonderfully wallet friendly, but on pre-pay the Orange San Francisco is just ”£99”. Yes, we’re baffled. That said we’re even more baffled that, given this remarkable price/performance, Orange has done its absolute best to mess it up. 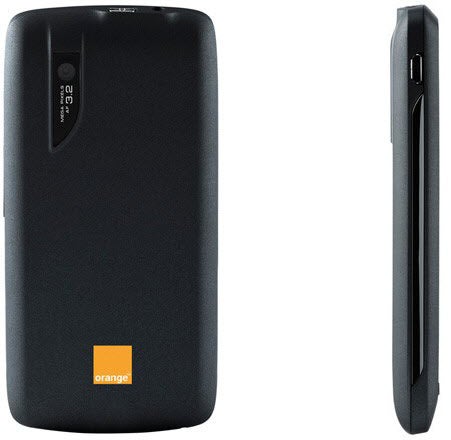 You won’t notice this when you take the San Francisco out of its box. For such a cheap handset build quality is excellent. Squeezing the sides hard can elicit the smallest of creaks, but in truth there is little to choose between it and flagship phones like the original Google Nexus One and HTC Desire. The San Francisco also sports the same matt finish as these illustrious models so the only finger marks you collect will be on the screen.


Meanwhile everything is sensibly located with volume buttons on the right side and a headphone jack on the top. The micro USB charger port resides on the left side (arguably the bottom would have been better, but it’s a small bugbear all things considered) and the micro SD and sim card slots are located under the battery cover, though thankfully not under the battery itself. So far so very good.


Orange is famous (infamous?) for heavily customising the handsets on its network, but the San Francisco takes this to a new level. The wallpaper is orange, the icons are orange, low res and ugly and much of Android’s core functionality – such as email and the Android Market Store – has been replaced by Orange’s own cack-handed apps. These include an Orange ‘Mail’ client which charges pre pay users £1 per week for access, an empty ‘App Shop’ with over priced tat like Uno for £5 (!) and a space wasting custom ‘Maps’ app which is completely redundant thanks to Google’s free Maps Navigation. Just like buying a new laptop loaded with bloatware, you’ll spend your first few hours with the San Francisco uninstalling junk. 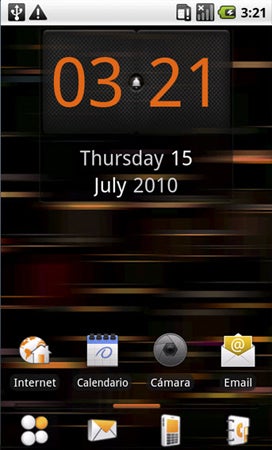 Happily more advanced users will find a ‘Homescreen Selector’ option which – praise be – brings back the standard Android desktop, but it doesn’t change the fact that a) less tech savvy users are likely to find this all somewhat challenging, and b) Android shouldn’t have been messed with in the first place. It does nothing to enhance user experience and reduces the chance of official firmware upgrades. Orange has been alienating customers with its bloatware for years and it needs to stop, ”now”!


More positively, once you have taken the time to clear out all this rubbish (or better yet followed one of the numerous guides on how to root it with Android 2.2) you’ll find a fabulous handset underneath. The 800 x 400 pixel AMOLED capacitive display is unlike any display we’ve previously seen at this price point. Colours are vivid, text is sharp and it is extremely responsive. With 7.2Mbit HSDPA and 5.76Mbit HSUPA for uploads the San Francisco is also fitted with top of the line 3G and you’re not being short changed on any of the other smartphone niceties either with the likes of 802.11g WiFi, aGPS, Bluetooth 2.1 with A2DP, accelerometer and proximity sensors, a digital compass and micro SD support for up to 32GB (a 2GB card is included). There’s even an FM radio with RDS. Battery life? Not world shaking, but you will get a full day out of it with moderate usage. 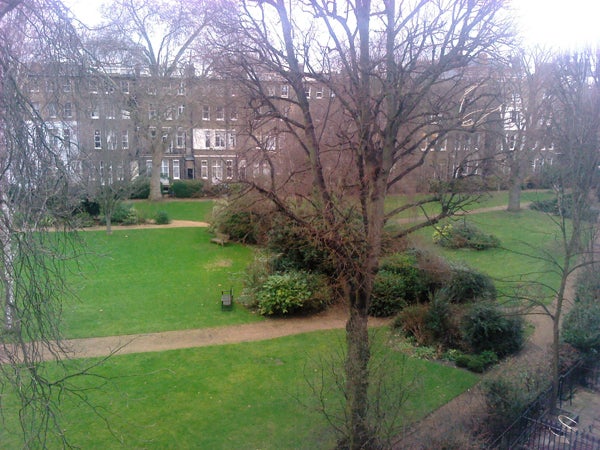 Niggles? They do exist. The 600MHz processor in the San Francisco means it is snappier than the HTC Wildfire, but you will notice some lag when zooming in and out of complex web pages, roaming GoogleMaps, and even just scrolling through menus sometimes. Meanwhile call quality is only adequate (though differing regional coverage makes that had to claim definitively) and the camera is perfunctory at best (see above). Then again its tendency to blow out highlights at the slightest provocation is no worse than the iffy 5MP camera on the Wildfire.


The Orange San Francisco is a staggeringly well featured handset which simply has no peer when it comes to value for money. Orange has done its very best to make a mess of the user experience by riddling the phone with bloatware, but it is nothing some enthusiastic uninstalling can’t fix. If you have been reluctant to spend the money to join the smartphone revolution, you’d be dummer than your dumb phone to miss out on this.

Strava tried to make me go to Prehab…

Strava tried to make me go to Prehab…

Samsung’s Fold is the showcase, but the Flip still has all the sex appeal

How to enable Do Not Disturb mode in Chromebook

How to schedule emails in the Mail app on Apple iPhone